ARCHITECTURE AS PERCEPTION: Forms, Spaces, and the Human Body

Architecture and Neuroscience in Dialogue in collaboration with the University of Passau, and the Einstein Group Jesse Prinz: „Consciousness, Emotions, Values“ (Berlin School of Mind and Brain, Humboldt-Universität zu Berlin) 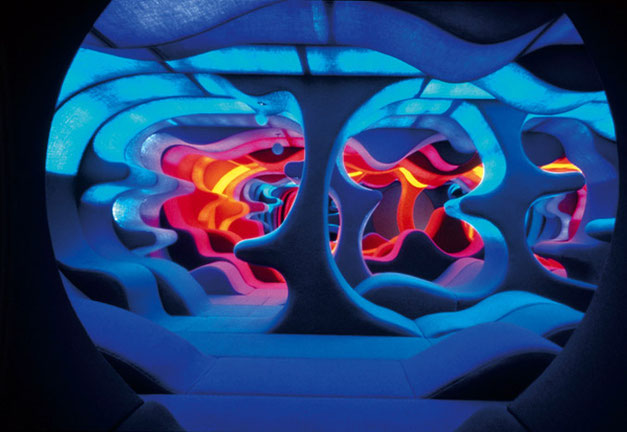 The proposed symposium will address the ways architecture and the built environment is perceived and the various ways it interacts with our brain and alters our mental states. This is most obvious in the direct perception of architecture as architecture, yet goes beyond that. The layout of buildings and rooms as well as the cities we live in change the perception of the people and objects they contain as well as that of our own bodies. Such changes in body perception directly influence our conscious experience and cognitive capacities. Beyond that, the built environment might also have the power to change our physical bodies over evolutionary and developmental time spans. As french sociologist and philosopher Henry Lefevbre – renowned for his reflections on the politics and production of space and for his critique of the ‚quotidien‘ – has been asserting: the ‚body serves as a metronome‘, it is a collection of embodied histories and of rhythms with different tunes that result from history, facilitated by the calling on all senses, drawing on breathing and blood circulation, just as much as heart beats and speech utterances as landmarks of this experience.

Despite its pervasive impact on the way we feel and think, architectural experience rarely has been in the focus of experimental approaches in psychology and neuroscience. Yet, the inquiries and reflections on body and space have always been central in artistic practices and critical studies. By bringing together architects, art historians, historians, neuroscientists, psychologists and philosophers on the occasion of the 15th International Architecture Exhibition at the Venice Biennale we will address the questions of how we experience space and architecture, and how architecture alters our bodily states by exploring possible lines of convergence between different research programs.

From Piazza Roma and train station ‚Santa Lucia‘ the venue is in walking distance (15 min). You can also take the Vaporetto, line 1 and 2 (stop: San Tomà). Be aware that line 2 does not always stop at ‚San Tomà‘.

According to recent approaches in embodied or situated cognition (Robbins/Aydede 2008) there has been a shift in the sciences of the mind towards the role of the body (embodiment) and the layout and structure of the space we inhabit (embeddedness) for cognition and experience. The literature on embodied cognition has focused one the constitution of a minimal sense of self (Gallese/Sinigaglia 2010) but also on how the structures of our bodily skill determine the content and quality of experience (O’Regan et al. 2001; Noë 2004). Experience therefore is seen as a temporally extended bodily exploration. The environment and the surrounding space as well as the built environment itself (interiors and exteriors) co-constitute this perception and exploration. Interacting with different spaces for example has a direct influence on our “body schema”, as has been shown in studies that investigate whether auditory feedback we get from our surrounding space alters how light or heavy we feel and thereby our well-being (Tajadura- Jimenez et al. 2015). It therefore also alters how we conceive ourselves as a political body, as one participating in the environment or being excluded from access (Protevi 2014). Despite this pervasive influence of our built environment, experimental approaches to architecture have scarcely been included in these discussions (Mallgrave 2013).

Embodiment has always been a central topic in architecture: classical texts argue that architectural forms are modeled according to the human body (Vitruvius). Literally the word for capital comes from the Latin word for head, so that the whole column is modelled according to the human figure. Another widespread analogy was the drawing of a human figure over the architectural horizontal plans. Primary the human measure outlines the architectural dimension from the ancient theories to the present according e.g. the Modulor of Le Corbusier. In addition of this direction late 19th century authors focus on the human ability to perceive architecture based on how we feel into architecture by simulating it in our own body (Wölfflin 1896). Such an approach makes possible a theory of architectural perception that can also entertain the thought that the perceiving body of the embodied subject itself might be malleable and altered in different architectural environments.

Yet the few studies done on architecture in neuroaesthetics – e.g. studies that explore beauty ratings and their underlying neuronal structures with respect to variations in interiors (Vartanian et al. 2013, 2015) – largely ignore thís dimension of the body and the affective meaning of space that is mediated by it. One further limitation permeates such fMRI studies: they use photographs as stimuli (of interiors or facades) and therefore undercut the multisensory, sensorimotor experience of space and built environments. Thess limitation could be partially overcome or supplemented by studies using virtual reality settings (Pasqualini et al. 2013) and initial attempts to study architectural experience in situ and with additional bodily measures.

We will address these limitations by inviting researchers that focus on the experience of scale and size, on the history of emotions, on the influence of sound on experienced body size, but also practicians (architects and artists) that already aim at exploring such questions in transdisciplinary approaches that will alter the way they conceive their buildings. We therefore plan to bring together research from neuroscience/embodiment, history of art, and contemporary art and architecture in order to foster an exploration of this emerging field.