TEMPORALITY AS A DISTORTABLE CONSTRUCTION OF THE BRAIN

A project on the biological, cultural, and artistic construction of time

with the support of Stiftung Federkiel

Understanding the neural mechanisms that underlie the experience of time and the timing of neural events has been one of the most exciting research areas in the cognitive sciences. The processing of temporal information is shared among higher­ and lower­order brain structures, suggesting that our conception of time is based on an interplay of basic neural processes as well as our socio­cultural environment. The AoN therefore aims to provide an interdisciplinary platform to discuss current developments in the study of temporal experience, delving into philosophical concepts of time and its subjective perception, but especially highlighting the bodily foundation as well as the cultural and inter­subjective nature of time.

Art has contributed in various ways to our understanding of time by introducing new conceptions and experiences of it that evade a solely biological rendering of the phenomenon of time perception. What we perceive is therefore not solely determined by the neural basis of mental states but is something we achieve via different forms of access to the world, something that is mediated by our bodies as well as by the artefacts and technologies we interact with. In recent years such topics have come to be addressed within more situated, embodied, and enactive approaches in the cognitive sciences. What therefore could be argued is that the way time and temporal phenomena have been displayed in the visual arts — but also the time­partitioning technologies of music and cinema — have changed our ways of imagining, of dreaming, but also of perceiving the world.

There is a long history of artists that have interacted with psychology and neuroscience in order to develop their artistic medium. Consider the filmmaker Sergei Eisenstein who conceived of his theory of the aesthetics of film (focussing on “montage” and other editing techniques and related temporal phenomena) by collaborating with psychologists like Lev Vygotsky and Alexander Luria by which he sought to understand and improve the expressive means of his medium. Editing techniques in film and TV (e.g. the frequency of, often unnoticed, cuts) have arguably altered the way we experience time (think of „slow motion” and „fast forward” as templates for new ways of time perception) and have become part of our basic phenomenal imagery.

That artistic media change the ways we conceptualize time and temporality is also true for static images. It is a defining feature of humans as “homo depictors” that they live and interact with the temporally strange objects pictures are: pictures are enduring objects that have the potential to become part of our cultural heritage and personal history but what we see in them might change and therefore underlies different temporal conditions in this respect. Inventions as that of central perspective might have equipped perceivers with a vanishing point that they could inhabit for a specific time and thereby introducing a novel sense and understanding of temporality via spatial elements. Anamorphic pictures (with several perspectives that can not be occupied at the same time) might be another prime example of this.

The computer screen and the Internet has replaced static images as well as movies and TV screens in terms of average exposure. Contemporary art takes this into account by addressing interactions with virtual environments and the way novel user interfaces might alter our experiences. For example, we often engage with several environments simultaneously (virtual, past reality as well as the present environment) and we thereby split our time in ways that our biological brain must constantly adjust to.

In 1978 neuroscientist Ernst Pöppel (founding member of the AoN) identified five “elementary time experiences”, i.e. fundamental aspects of our chronological experience, among which the experience of duration, of non­simultaneity, of order, of past and present, and of change (including the passage of time). Current research is reintroducing discourses on temporality and trying to relate it to the rhythms and temporality that is inherent to the brain. It has for example been established that prior information about future event­onset effectively improves but also can hinder perceptual processes. Do we need uncertainty in time to be ready for action? Recent research focuses on human skills related to timing. This is of great interest for the field of neuroesthetics: in what ways can art interact with temporal processes of the higher­order (strategic) and lower­order (sampling) in order to explore and reconstruct deeper layers of human experience or introduce novel forms of experience.

AoN aims to discuss these topics with the help of artists, humanists, and cognitive scientists. How can time can be conceptualized and perceived? And how do our interactions with artefacts and culture change our experience of time? The title TEMPORALITY AS A DISTORTABLE CONSTRUCTION OF THE BRAIN has been chosen to address this and the possible altered senses and subjective distortions of time that challenge our dominant temporal structures and epistemologies. 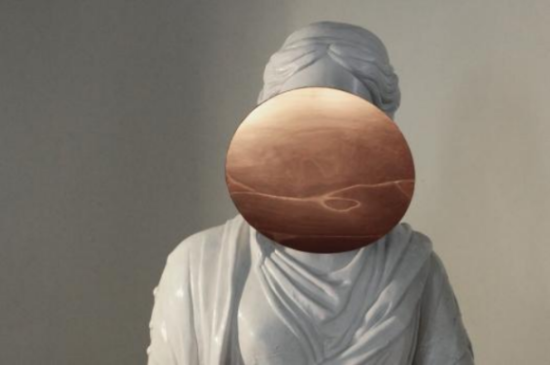 Katrin Heimann​, neuroscientist. Postdoctoral researcher at the Interacting Minds Center, University of Aarhus, Denmark. PhD in Neuroscience from the University of Parma.

Michal Klincewicz​, philosopher. Postdoctoral researcher at the Berlin School of Mind and Brain. PhD in Philosophy and Cognitive Science from the Graduate Center, City University of New York.

Christine Macel​, ​curator. ​Chief curator at centre Pompidou since 15 years, she is in charge of the department of the contemporary art since 90’s until now. She just opened a large hanging of the collection A History from the 80s to now at the museum.

Macel Curated many shows including Anri Sala at the French Pavilion two years ago in Venice. In 2009 she published the book Time Taken: Time at Work in the Work of Art.

Alessandro Tavano ​obtained an MA in Semiotics and Linguistics, a PhD in Philosophy, and a MSc in Psychobiology at the University of Trieste, Italy. He is currently a Senior Researcher at the Max Planck for Empirical Aesthetics in Frankfurt am Main, Germany. His research interests focus on prediction in audition and speech, and how humans sense the passing of time.