May 31st, 2013 at the Peggy Guggenheim Library, Venice

Over the past decade, neuroscience has become an active member in a dialogue that was previously reserved for the humanities and the arts. Topics such as the relationship between the mind and the body, empathy and social behaviour, and concepts of consciousness now constitute growing areas of neuroscientific inquiry and interdisciplinary dialogue.

To extend the discussion to the domain of contemporary art, this symposium will focus on the work of Tino Sehgal. In his artistic practise, exemplified in his recent piece This Variation, Sehgal broaches questions of body perception and embodied cognition. In keeping with the AoN’s mission of creating a forum for discussion of current neuroscientific research alongside contemporary artistic practise, Sehgal’s work provides a timely point of convergence.

Sehgal’s pieces are choreographic installations (having recently appeared at dOCUMENTA 13 in Kassel, the Turbine Hall at Tate Modern in London, the Guggenheim Museum in New York, and the German Pavillion of 2005 Venice Biennale, among others), whose materials are the human voice, movement, and interaction. They are regularly staged in museums or galleries, and continuously executed by trained individual — Sehgal refers to them as “interpreters” — for the entire duration of a show. The artworks arise from the constructed situations between the audience and the interpreters of the pieces: the reaction or even participation of the spectator gives the possibility for the work to actually happen. No documentation or reproduction is allowed, and they continue to exist only in the memory of those who experience them. 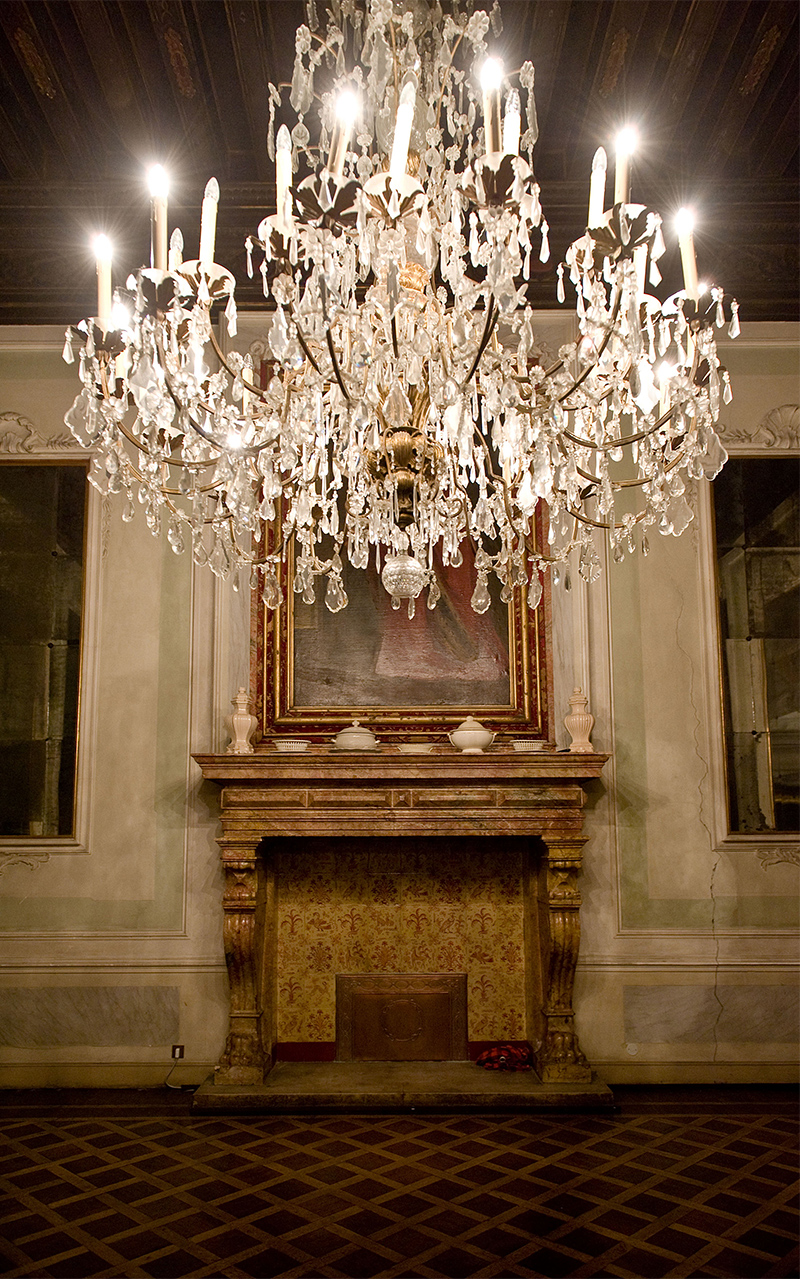 OLAF BLANKE
Founding director of the Center for Neuroprosthetics, Bertarelli Foundation Chair in Cognitive Neuroprosthetics at the Ecole Polytechnique Fédérale de Lausanne (EPFL) and Professor of Neurology at the University Hospital of Geneva. Blanke’s research is dedicated to the neuroscientific study of multisensory body perception and its relevance for self-consciousness by using a broad range of neuroscience methods in healthy subjects, neurological and psychiatric patients. Most recently he has pioneered the joint use of engineering techniques such as robotics and virtual reality with techniques from cognitive neuroscience and their application to systems and cognitive neuroprosthetics and neurorehabilitation. He has a long-standing interest in the Visual Arts and Neuroscience and recently published “Lignes de fuite. Vers une neuropsychologie de la peinture”.

BERNARD BLISTÈNE
Director of the Department of Cultural Development, Centre Pompidou. He is also the Creative Director of the Nouveau festival du Centre Pompidou, an annual multidisciplinary event focusing on various fields of contemporary creation. The 5th edition, planned for February 2014, is currently in development. As a Curatorial Director and coordinator of numerous monographic and thematic exhibitions at the Centre Pompidou and other international museums, Bernard Blistène has been concerned with the aesthetic and theoretical issues of modern and contemporary art. Many of his books and articles have been published in the international art press. His book on Daniel Buren and his monograph on Enriso Castellani are his most recent works.

ALAIN DAGHER
Neurologist at the Montreal Neurological Institute, McGill University. His research aims at understanding the brain mechanisms of decision making. This involves studying how we learn about rewards and punishments, and become motivated to engage in reward-seeking behaviour. Motivated behaviour is the basis of creativity and risk taking leading to new discoveries, but it can also lead to diseases like drug addiction and obesity. The two main techniques he uses are positron emission tomography (PET) targeting the dopamine system, and functional magnetic resonance imaging (fMRI). The research touches on Parkinson’s Disease, stress, addiction, gambling, and obesity, but also on problem solving, learning, and the experience of musical pleasure. Dr. Dagher is funded by CIHR, FRSQ, NIDA, and the Parkinson Society of Canada.

JOERG FINGERHUT
(Humboldt-Universität zu Berlin / Universität Stuttgart) Has been a research associate at the Collegium for the Advanced Study of Picture Act and Embodiment at Humboldt-Universität zu Berlin (2008-2012) – a joint research project of philosophers and art historians. He was a member of the interdisciplinary research group Functions of Consciousness at the Berlin-Brandenburg Academy of Sciences and Humanities (2009-2010). Currently he is the Art & Neuroscience Fellow at the Italian Academy for Advanced Studies at Columbia University (Spring 2013). In his Post-Doc project he addresses the neurobiology of movement, interaction and inhibition in order to explain the ‘double-presence’ of pictures (i.e. a presence related to depicted elements as well as to the material properties of the art object). This summer Joerg Fingerhut takes up a position as assistant professor (Akademischer Rat) at the University of Stuttgart.

VITTORIO GALLESE
(1959) Professor of Human Physiology at the University of Parma, Italy with appointments in the departments of neuroscience, psychiatry and psychology. He is an expert in neurophysiology, neuroscience, social neuroscience, and philosophy of mind. Gallese is one of the discoverers of mirror neurons. His research attempts to elucidate the functional organization of brain mechanisms underlying social cognition, including action understanding, empathy, and theory of mind. Gallese is probably best well known for two interconnecting areas of research – mirror nerurons and simulation theory. Simulation theory is, amongst other things, a theory of social cognition – a theory of how it is we understand each other on the emotional, and other, levels, like intention and desire. Gallese states “that the fundamental mechanism that allows us a direct experiential grasp of the mind of others is not conceptual reasoning but direct simulation of the observed events through the mirror mechanism.”

NOAH HUTTON
Graduate of Wesleyan University, where he studied art history and neuroscience, and founder of the website “The Beautiful Brain”. He got his start as a director in 2009 with Crude Independence, premiered at the 2009 SXSW Film Festival and won Best Documentary Feature at the 2009 Oxford Film Festival. In 2010 and 2011, Noah filmed Year 1 and Year 2 of his “ten-year film-in-the-making” that will track the progress of the The Blue Brain Project. Noah directs content through his NYC-based production company Couple 3 Films, most recently music videos for The Indecent (Warner Brothers) and the The Bad Plus (Universal/E1), 30 short films about the human mind for Scientific American, and short documentary films that were shown at the 12-12-12 Hurricane Sandy benefit concert at Madison Square Garden.

CAROLINE A. JONES
Teaches contemporary art and theory; her work focuses on technology, the body, and visual art in its many modes of production and circulation. She is currently Director of the History, Theory, and Criticism Section of the Department of Architecture at MIT. She received an A.B. in Fine Arts from Harvard-Radcliffe in 1977, and worked in the museum field for many years, serving as an administrator at The Museum of Modern Art in New York, and Assistant Director for Curatorial Affairs at the Harvard University Art Museums. After studying at New York University’s Institute of Fine Arts, she received her PhD from Stanford University in 1992. Producer/director of two documentary films and curator of many exhibitions, her books include Sensorium: Embodied Experience, Technology, and Contemporary Art (as editor, MIT Press, 2006).

CHRISTINE MACEL
Founding member of the AoN. She is a Chief Curator of the Musée national d’art moderne – Centre Pompidou, Paris since 2000. In charge of the department of création contemporaine and prospective she has curated many exhibitions, including Raymond Hains, Sophie Calle, Philippe Parreno, Gabriel Orozco, Anri Sala and several group shows such as Dionysiac, Airs de Paris, The Promises of the Past and Dance your life, a modern and contemporary show about the relationships between art and dance. This year she is curator for Anri Sala of the French Pavilion at the Venice Biennial 2013 and has just opened the show Image into sculpture at Centre Pompidou, with Navid Nuur, Nina Beier, Simon Denny and Yorgos Sapountzis. She also works as an art critic for various catalogues, books and magazines such as artpress, “Flash Art” and “Artforum”. In 2007, she published Time taken, the work of time in the work of art (Monografik/Centre Pompidou), an essay on contemporary art.

ALVA NOË
Writer and a philosopher living in Berkeley and New York. He works on the nature of mind and human experience. He is the author of Action in Perception (MIT Press, 2004); Out of Our Heads (Farrar Straus and Giroux, 2009); and most recently, Varieties of Presence (Harvard University Press, 2012). Noë received his PhD from Harvard in 1995 and is a professor of philosophy at the University of California, Berkeley, where he is also a member of the Institute for Cognitive and Brain Sciences and the Center for New Media. He previously was a distinguished professor of philosophy at the Graduate Center of the City University of New York. He is the philosopher-in-residence with The Forsythe Company, a dance company based in Germany. Noë is a 2012 recipient of a Guggenheim fellowship, and is a weekly contributor to National Public Radio’s science blog 13.7: Cosmos and Culture.

DARIA PARKHOMENKO
Director of LABORATORIA Art&Science Space in Moscow. She is curator specializing in interdisciplinary art and science interactions. In 2008 she founded an independent non-for-profit centre, LABORATORIA Art&Science Space – the first institution in Russia focused on establishing a new type of relationship between art, science and society. Parkhomenko created the model of interdisciplinary platforms practices uniting exhibition, discussion and education projects which is applied at LABORATORIA. Her works on developing the productive “science art” territory or “third territory” where scientists and artists can freely exchange their ideas, inspire each other, collaborate and create together. To realize her curatorial projects she often organizes workshops at scientific laboratories within Russian scientific research centres.

SIGRID WEIGEL
Director of the “Centre for Literary and Cultural Research” in Berlin. She is a specialist on Benjamin, Warburg, Freud, Scholem, Arendt et al. and has published on cultural history, image theory, history of science. She investigates empathy and fellow feeling (Mitgefühl) as one of the basic human traits and prerequisites for inter-subjective relations and, hence, for the constitution of any community. She recently organized and curated the symposium Empathy. A neurobiological capacity and its cultural and conceptual history, considering that the concept of empathy has gained a central role in neuroscience and neurobiological research and that there is a rising interest in figures such as embodied simulation, inner imitation, intersubjectivity, social cognition etc.